Bull markets are born on pessimism, grow on skepticism, mature on optimism, and die on euphoria.

John Templeton is a pioneer of early mutual fund investing and emerging market investing in the 1960's.

He's also arguably one of the greatest (contrarian) stock pickers of the century.

He got his start during the Great Depression, created the Templeton Growth Fund in the Fifties, and sold it in 1992 to Franklin Resources which became Franklin Templeton as we know it today.

I bring him up because he coined a pattern that became known as the Templeton Curve. 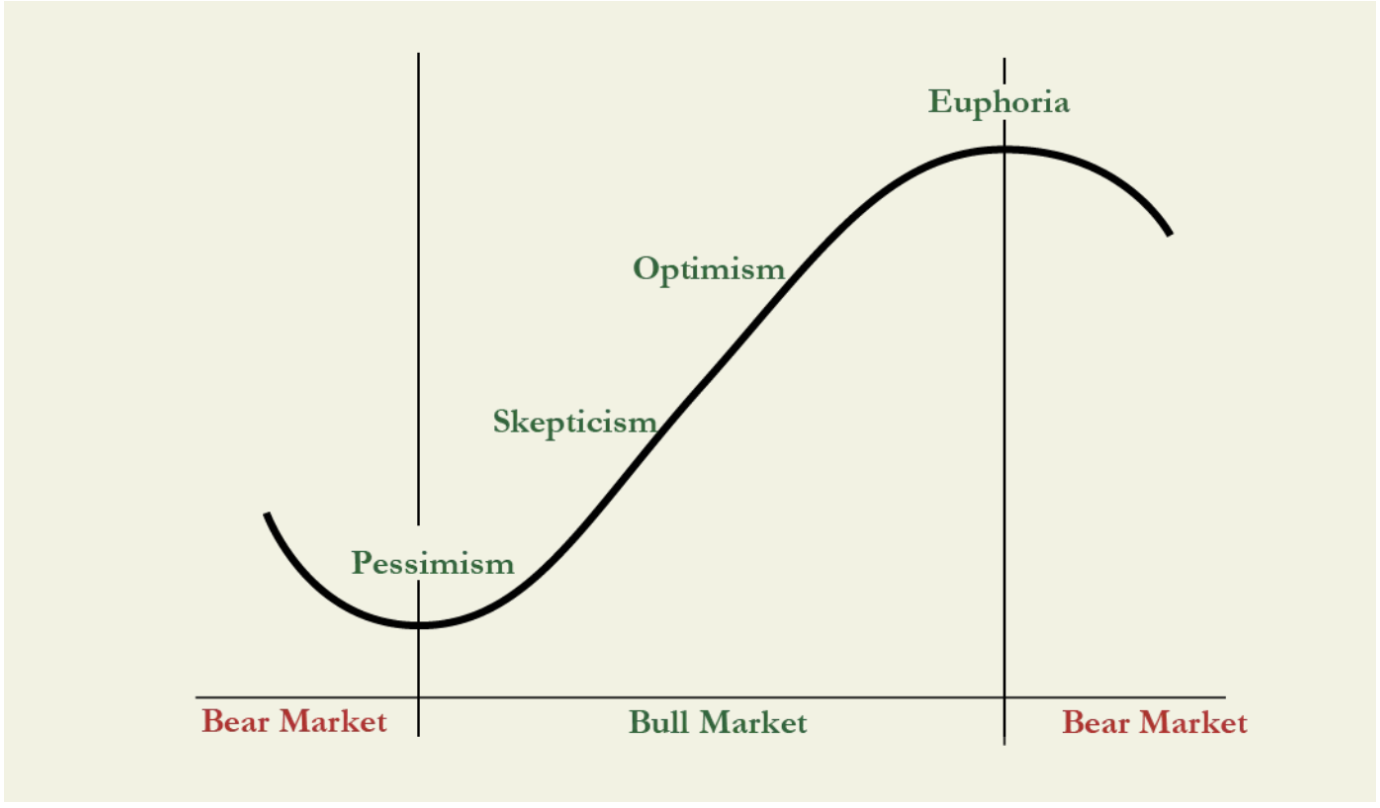 It highlights the evolution of investor sentiment over the full market cycle.

Having gone through four market cycles myself, I see the Templeton Curve working today just as it did then.

Where are you on the curve?

As we begin the tenth month of this bear market

How are you feeling?

Are you confidently staying the course?

Are you beginning to waver a little?

Are you ready to pull the rip cord?

Here's what I see:

(Disclaimer: I don't have a crystal ball and I can't see around corners. This is my read of the map)

Being a student of investing and personal finance, I can tell you this...

We're in a classic market cycle and there's nothing fundamentally different this time.

(Yes, there's the egomaniacal lunatic with an inferiority complex and a nuclear arsenal)

Dystopian scenarios aside, we're in a classic market cycle.

If that didn't help, let's check on our friends.

How are others feeling?

It's an important level because it's only gone above 60% twice since the data started in 1987.

And every peak (near or above 60%) was reached around the market bottom. 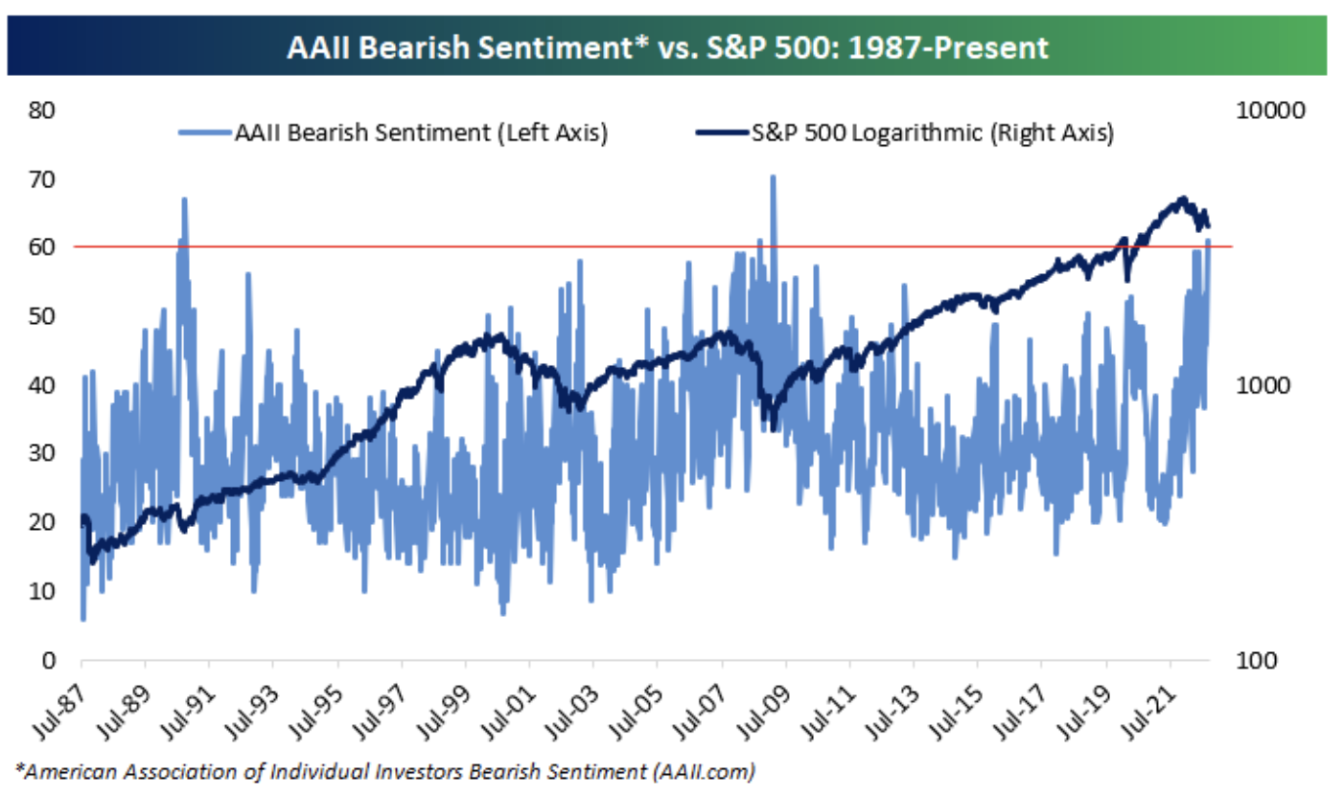 Are we near the bottom?

We won't know until it's in the rearview.

But the fact that we're reaching historic bearish levels may help the contrarian in you to forge ahead.

Though I'd be remiss if I didn't say that it can get worse before it gets better.

Will it get worse?

I don't know yet.

In May 2022, Fed Chair Powell said that policy moves should result in a "soft landing" for the US economy.

In August 2022, the soft landing tone turned to "expect more pain for households and businesses."

This month (October 2022), Powell told reporters at a press conference that "no one knows if this process will lead to a recession."

But here's what we do know

The Fed has been hiking rates faster than at any time since 1981 (and back then target rates were not announced). 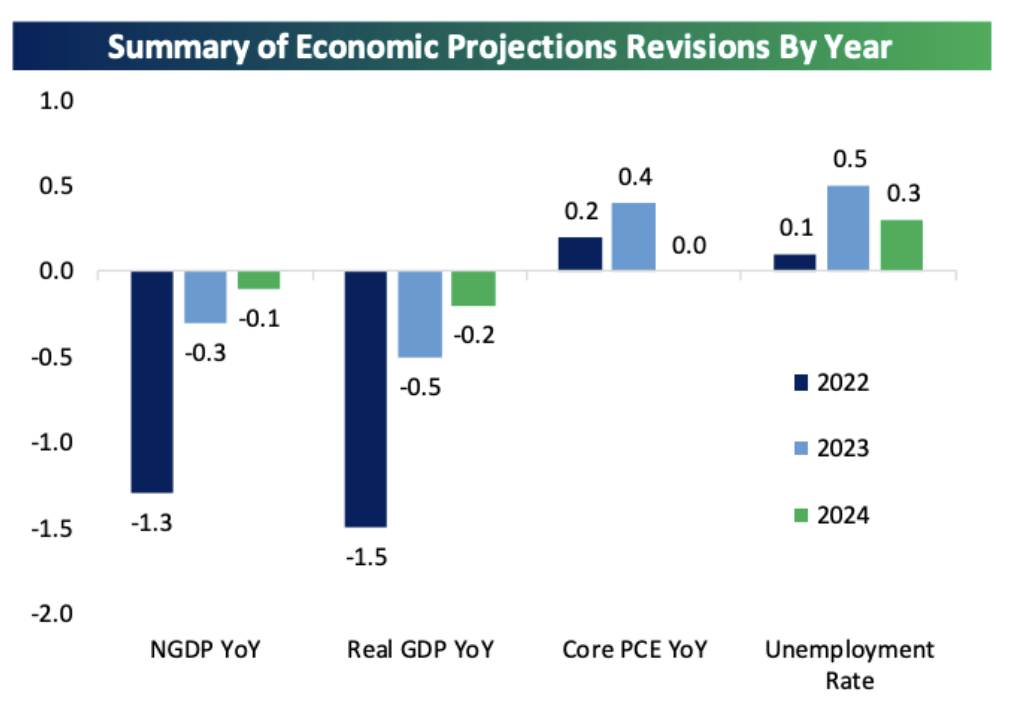 With GDP forecasted to run below the 1.8% target (proxy for potential growth) through 2024, it means the Fed is confidently marching us into a recession.

That's not a great outlook for the overall stock market.

But not all companies will suffer the same. Some will do better than others, even in a recession, so do an inventory check.

Earlier this week, Cash (as an asset class) moved into the first position (of relative strength) to overtake Commodities and US Stocks.

The heat map below shows the ranking of the major asset classes from strongest (cash - top left) to weakest (currencies - bottom left). 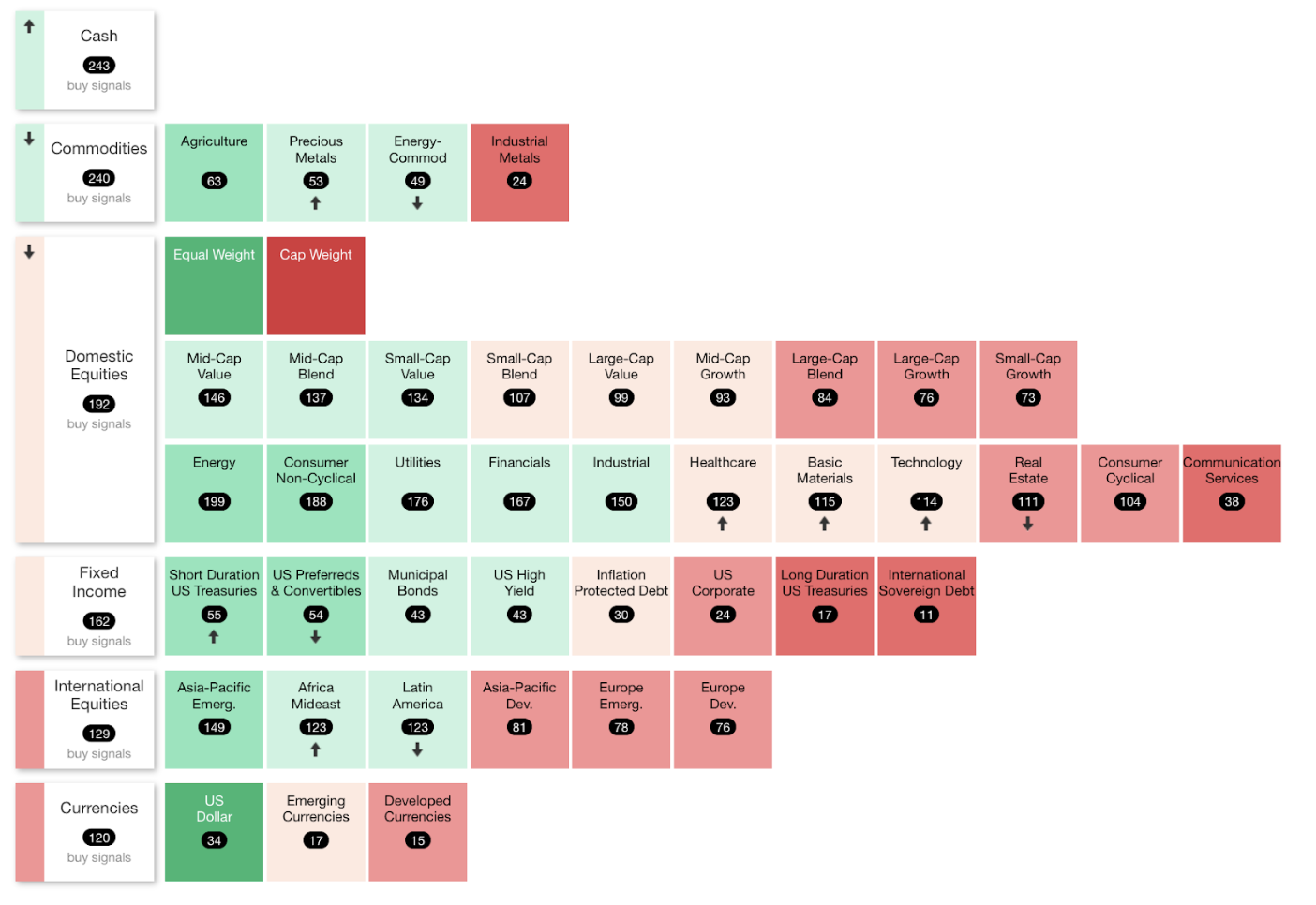 Is it time to pull the rip-cord and go to Cash?

It depends on your personal situation, cash needs, and your ability to sleep well at night through the ups and downs.

This may be an opportunity to trim some "meh" holdings and raise cash for better buying opportunities down the road.

This may be an opportunity for contrarian investors to find entry points while others run away for cover.

The steps you take should be informed by your plan.

So stay on path, don't follow the herd, and remember...

It's always darkest before dawn.